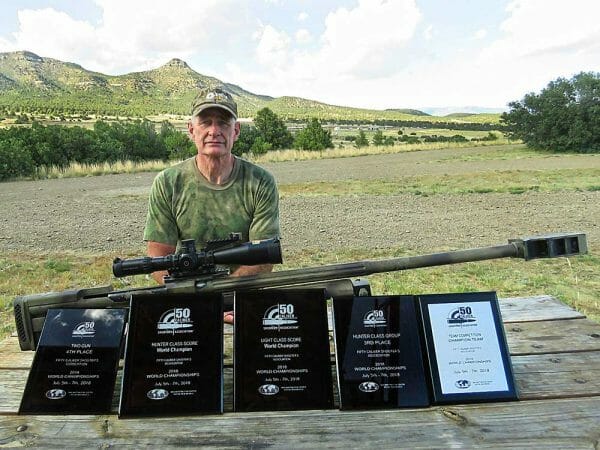 Wilkinson, a current Gunsite instructor from Edgewood, NM, shot a two-day aggregate of 290-10X for the Hunter Score, and his Light Gun Score total of 291-7X was the highest of any shooter in any class—most of whom were firing custom-built rifles from mechanical rests atop concrete benches. This marks his third World Championship in the Hunter Class with his Steyr HS.50 since his first win in 2012, and it is his first Light Gun Score World Championship.

Nestled at the base of the Sangre de Cristo Mountains, the Whittington Center’s 1,000-yard range plays host to notoriously fickle winds, especially in the afternoons.

On the first day, Wilkinson was squaded on the afternoon …Read the Rest