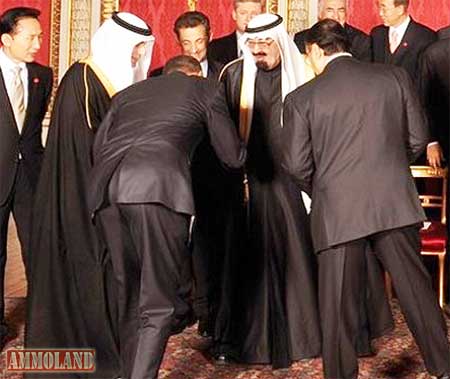 U.S.A. –-(Ammoland.com)- Is it any of Canada’s business whether Saudi women have the right to drive?

Well, Foreign Minister Chrystia Freeland just made it her business.

The Saudis responded by expelling Canada’s ambassador and ordering 15,000 Saudi students to end their studies in Canada and barred imports of Canadian wheat. A $15 billion contract to provide armored vehicles to Saudi Arabia may be in jeopardy.

Crown Prince Mohammad bin Salman, who has been backsliding on his promises to modernize the kingdom, appears to have had enough of Western lectures on democratic values and morality.

A week after Pope Francis denounced the death penalty as always “impermissible,” Riyadh went ahead and crucified a convicted murderer in Mecca. In Saudi Arabia, homosexuality can get you a death sentence.

Neither President Donald Trump nor the State Department has taken sides, but The Washington Post has weighed in with an editorial: “Human Rights Are Everyone’s Business.”

“What Ms. Freeland and Canada correctly …Read the Rest