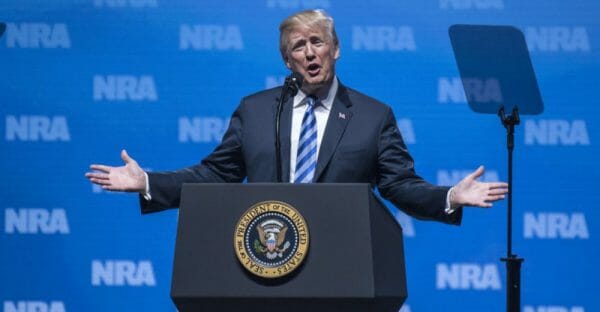 U.S.A. –-(Ammoland.com)- President Trump once said to a packed room of NRA members, “the war of the Second Amendment is over”.

With Trump’s bump stock ban set to go into effect, the end of hostility towards the Second Amendment doesn’t seem to be at an end. In fact, this new interpretation of the National Firearms Act goes beyond anything that Obama could have hoped to accomplish in his attacks on the Second Amendment.

A lot of gun owners feel betrayed by the Trump administration.

Gun owners were some of Presidents Trump’s most stalwart supporters during his presidential campaign. We think that banning something because a murderer used it in a crime doesn’t make us safer, but just turns law-abiding citizens into criminals.

A group of Second Amendment supporters has started a petition on the White House website hoping to convince the President that the bump stock ban is wrong and that he needs to reverse the problematic reinterpretation of the law.

Any petition that is submitted to the President from the whitehouse.gov website and receives more than 100,000 signatures within 30 days must get an official response from the White House within 60 days.

At …Read the Rest