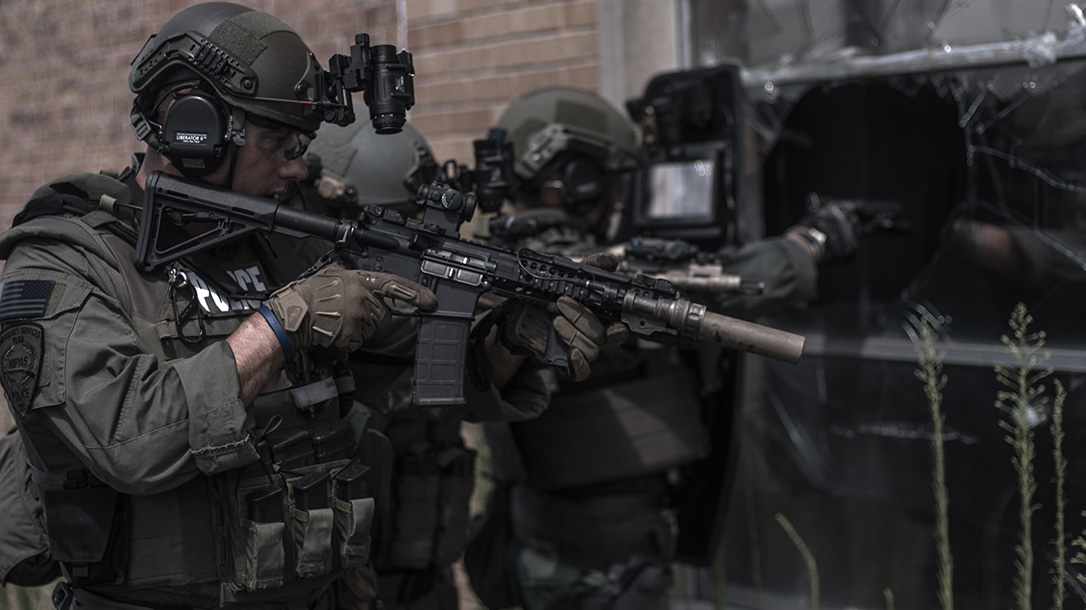 AR500 Armor prides itself on producing 100-percent American-made ballistic protection with a protective polyurea coating to help mitigate fragmentation and spalling upon impact.

How Scientists Are Making Ridiculous Strides in Next-Gen Body Armor

In terms of soft armor, AR500 offers both Level II and Level IIIA options, including various sizes of the Hybrid, which is made from Kevlar, Spectra Shield, Gold Shield and laminated rip-stop nylon to be extremely tough yet thin and lightweight. These panels are only 0.25 inches thick but can stop a 240-grain .44 Magnum SJHP traveling at 1,430 feet per second.

AR500’s Level IIIA Rimelig series panels are made from aramid fibers and the same laminated rip-stop nylon for a thickness of 0.55 inches and a weight of just 1.43 pounds. Finally, AR500’s Level IIIA steel plates provide the ballistic protection of the Hybrid and Rimelig series while also being stab and slash resistant. These panels come with an outstanding 20-year warranty. AR500 also offers proven hard armor, carriers and accessories for first responders and others working in the line of fire.

Why do I say “proven”? I recently got the chance to see some AR500 armor in action at …Read the Rest