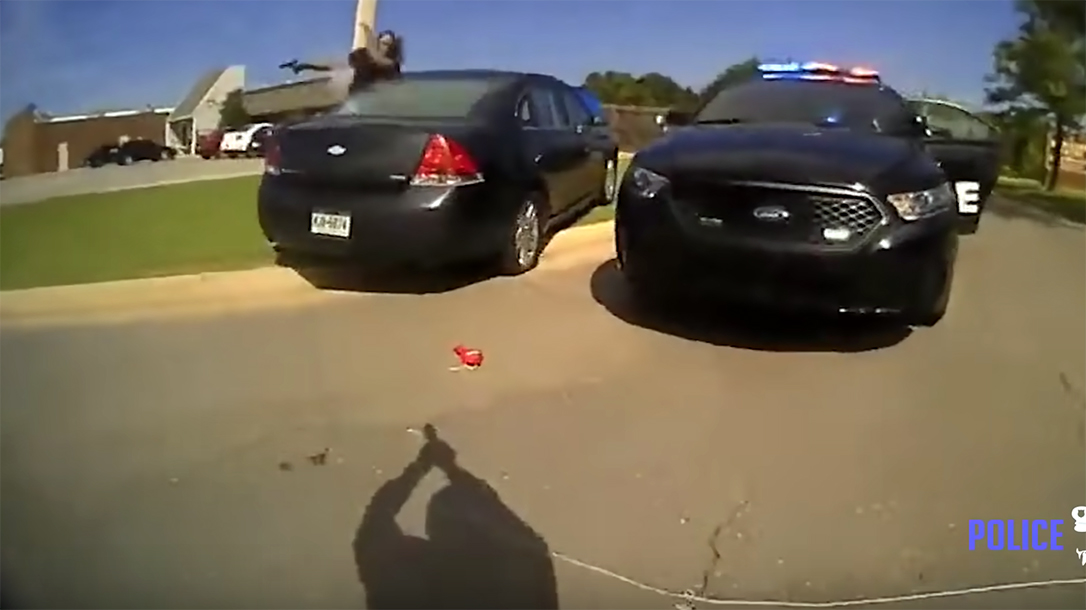 A Grove City Police officer received a WWE-style body slam during an altercation with an NCAA football player recently in Ohio. Michael Harris, a former Auburn Tiger and four star recruit, who now plays at Eastern Kentucky University, is listed at 6-foot-3, 245 pounds. During the struggle, he lifted the officer completely above his head before slamming him powerfully to the ground.

“One of the officers who was there is a very strong man, and he said, ‘I cannot believe the strength this man had,’” said Lt. Eric Scott, Grove City Police, reported ESPN.

The incident began when police responded to a call at a local business. The caller told of man “being aggressive, and that he did not seem to be ‘all there,’” reported espn.com.

Harris then ignored police commands, attempting to get into his vehicle’s driver’s compartment, according to ESPN.

“He’s going through what we would call his progression of force, and they exercised extreme patience, but recognize when he goes for the car, that’s a deal-breaker,” Scott said, according to espn.com. “We can’t have that. The …Read the Rest