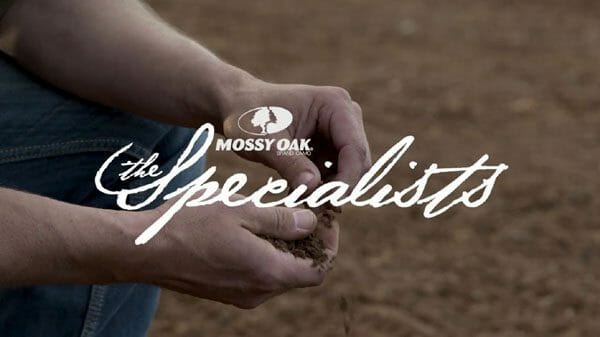 WEST POINT, MS – -(AmmoLand.com)- The latest episode of “The Specialists” from Mossy Oak Capture features Mossy Oak BioLogic’s Austin Delano as he tells the story of his evolution from a kid who liked to hunt and worked on a farm to an industry-leading and highly respected GameKeeper.

Delano’s obsession with growing food plots and big deer started in 2004. A specific buck Delano acquired a picture of captivated his attention to the point of obsession. The picture was of the deer when he was an estimated 3 ½ years old and scored around 120 inches. The buck went on to survive another two years and grew into a true monarch of the woods when he became a fully mature 5 ½-year-old Alabama trophy, scoring in the mid-170 inch range.