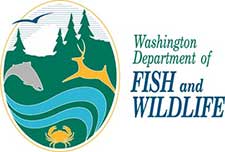 OLYMPIA –--(Ammoland.com)- With hunting seasons for deer, elk, waterfowl and upland game birds set to get underway in September, the Washington Department of Fish and Wildlife (WDFW) has issued its annual online guide to hunting opportunities throughout the state.

“This report was compiled by local wildlife biologists to help hunters succeed in the field,” said Anis Aoude, WDFW game division manager. “Whether you’re a seasoned hunter or just getting started, you’ll likely find some helpful information in Hunting Prospects.”

State game managers expect another good year of hunting, although hunters can expect new restrictions on deer and elk hunts in some areas due to the harsh conditions last winter. Meanwhile, hunting prospects for gamebirds are looking up, according to the report.

“This last winter was one of the tougher ones we’ve seen in recent years, and we have to give the herds – particularly those east of the Cascades – some time to rebuild,” Aoude said. “Fortunately, most Washington deer …Read the Rest