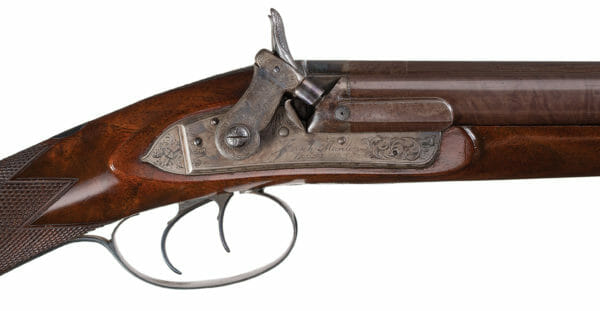 England -(AmmoLand.com)- On April 6, 1766, Joseph Manton was born in Grantham, England. At the age of 15, Joseph was apprenticed to his older brother John, who was a gunsmith in London.

By the time he was 23, Joseph had opened up a gun shop of his own. His brother John made quality guns, to be sure, but he would soon be eclipsed by his younger brother.

It wasn’t long before his talents were noticed by the government in the 1790s. Soon, Joseph obtained a Royal Warrant and began working with the Board of Ordnance on new artillery designs. At the same time, his shop continued to produce approximately 100 guns a year, being a mix of sporting arms (shotguns) and dueling pistols. Today, his examples of both are highly prized by collectors.

Joseph Manton came along at an interesting time in arms development. Flintlock technology had been firmly rooted for quite some time, but it was about to be eclipsed by percussion ignition, and Joseph lent his talents to that transitional period. After Reverend Forsyth came up with the first percussion system using his scent-bottle locks, Manton improved upon it with his tube …Read the Rest