The Passing of the Pelosi Era 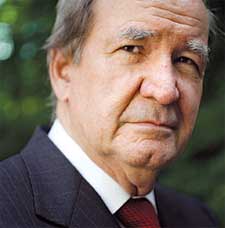 USA – -(Ammoland.com)- In the first round of the special election for the House seat in Georgia’s Sixth District, 30-year-old Jon Ossoff swept 48 percent. He more than doubled the vote of his closest GOP rival, Karen Handel.

A Peach State pickup for the Democrats and a huge humiliation for President Trump seemed at hand.

But in Tuesday’s final round, Ossoff, after the most costly House race in history, got 48 percent again, and lost. If Democratic donors are grabbing pitchforks, who can blame them?

And what was Karen Handel’s cutting issue?

Ossoff lived two miles outside the district and represented the values of the Democratic minority leader, whom he would vote to make the speaker of the house, Nancy Pelosi of San Francisco.

The Pelosi factor has been a drag on Democrats in all four of the special elections the party has lost since Trump’s November triumph.

Prediction: Democrats will not go into the 2018 Congressional elections with San Fran Nan as the party’s face and future. No way. As President Kennedy said, “Sometimes party loyalty asks too much.”

Post-Trump, it is hard to see Republicans returning to NAFTA-GATT free-trade globalism, open …Read the Rest