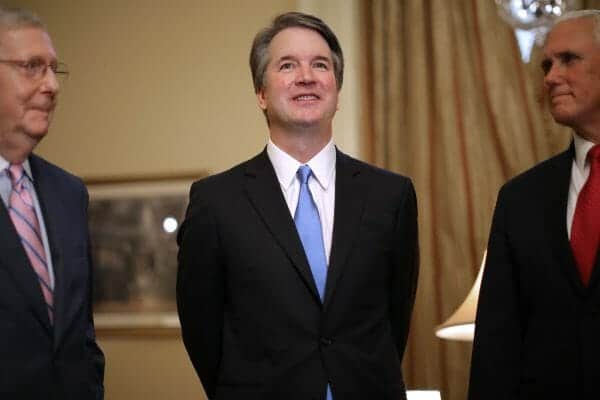 U.S.A. –-(Ammoland.com)- Democrats figure that if they can’t yet get enough impeachment traction from the Michael Cohen and Paul Manafort cases, they’ll at least be able to delay Judge Brett Kavanaugh’s confirmation to the Supreme Court.

Apart from whether the cases of his personal lawyer and his campaign chairman expose President Trump to legal jeopardy, which I strongly doubt, Democrats have dialed up their propaganda machine to 12 — the default 11 setting not quite satisfying their impeachment bloodlust.

They have cried wolf so many times that when they swerve into something they pray has some teeth, they can barely contain their glee, which they attempt to disguise as grave concern for the republic.

Having no legitimate reason to object to Kavanaugh’s appointment, Democrats seek the next best thing — to obstruct by deception, delaying his confirmation hearings until after the midterm elections, …Read the Rest