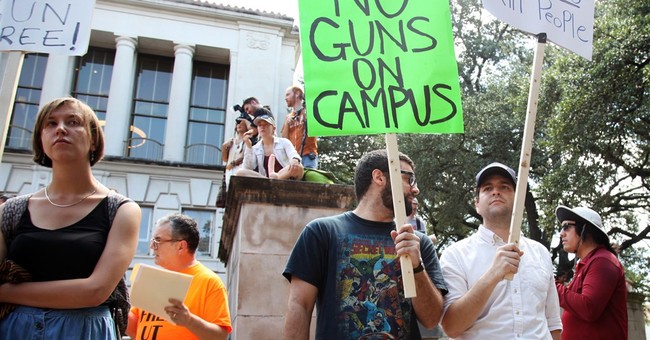 If you want to get an anti-gunner spun up, just ask them about campus carry. They completely lose their minds over the idea of law-abiding adults being able to carry on a college campus. They just can’t even.

However, proponents of campus carry argue that it makes schools safer. After all, what would have happened at Virginia Tech if an armed student had met the killer during his first stop?

But for most of us, it’s pretty academic. We’re not really on college campuses, so it’s just a discussion topic.

Police on college campuses, however, are there. They’re on campuses each and every day, so they see the reality.

On at least one campus, the police believe campus carry is a good thing and has made their school safer.

Campus carry has been law in Texas for two years now, and Texas Tech police say the law makes the university a safer place.

They say the policy even deters potential active shooters from attempting a mass shooting situation.

“I believe it makes the campus a safer place, to live, learn and educate,” said Amy Ivey, a lieutenant at the Texas Tech Police Department.