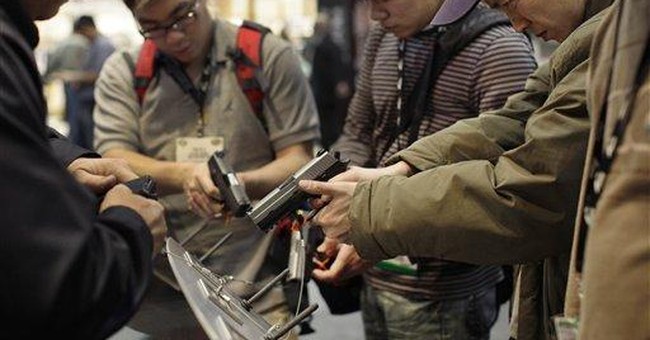 Remember when “victim blaming” was a bad thing?

Supposedly it still is, but only on some things. It seems that teaching that a woman should be responsible for her safety is “blaming the victim” for not stopping a rape–even though no one is saying or even believing that–but it’s perfectly fine to try to penalize the victim for having their guns stolen.

A bill in Texas, of all places, seeks to criminalize people who have their guns stolen and don’t immediately report it to authorities.

A bill introduced this legislative session seeks to make it a crime to fail to report a lost or stolen gun to law enforcement authorities.

State Rep. Eddie Rodriguez said it’s a law that doesn’t exist and needs to be on the books.

“We know when guns are stolen or lost, a crime will be committed with that weapon,” he said.

House Bill 1207 would require a gun owner whose weapon is lost or stolen to report it to authorities within five days of first realizing the weapon is gone. Failure to do so would mean the person would face a Class C misdemeanor and the loss of their eligibility for a license to carry …Read the Rest