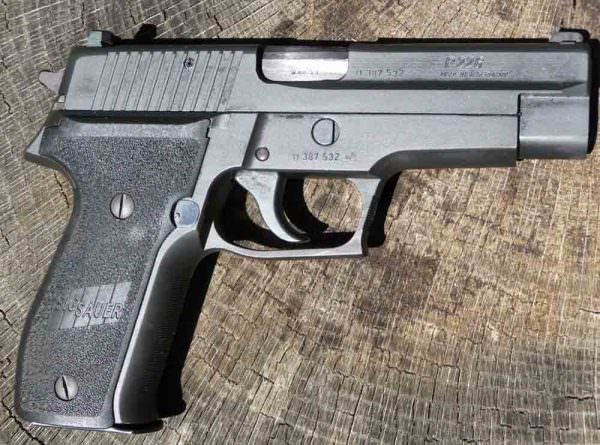 by David Tong
David says the SIG Sauer P226 Pistol is a great shooting self defense gun but what is up with the MK25 Designation?

Original P226 pistols have the folded and welded sheet carbon steel slides with cross-pinned breechblocks. These pistols were replaced with ones with slides machined from billets of steel, with nosecaps and breechblocks integrally machined

The pistol caught the attention of the US Army who was seeking to replace the WWI and WWII vintage 1911 pistols still serving. The resulting military trials of 1985 had two main competitors, the SIG Sauer P226 and the Beretta M92.

The Beretta won the competition. Both were considered equally reliable under the most exhaustive testing regimen held up that time including dust, ice, mud, rust, sand, snow, and seawater immersion. Cost per pistol unit was less for the SIG, but the Beretta won out because they already had a manufacturing …Read the Rest