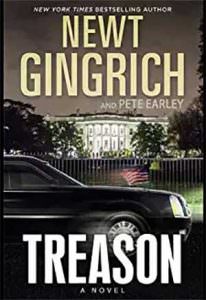 P.S. Copies of Callista’s new children’s book, Hail to the Chief, and my new political thriller, Treason are now available