Policy Expert Suggests Gun Debate Should Be At Local Level 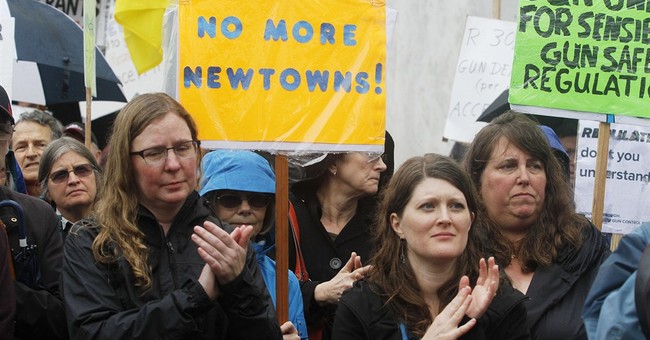 One of the difficulties regarding the debate surrounding guns is that the problems in Baltimore, Maryland and the problems in Billings, Montana are very, very different. Yet we’re debating guns at the national level as if a single solution will make the problems go away throughout the nation. That’s not the case, especially since different people have different needs.

Now, a domestic policy expert with the American Enterprise Institute thinks the debate on guns should be happening at the local level, not nationally.

Policy expert Ryan Streeter said in an interview that aired Thursday on Hill.TV that it might be worth having the gun control debate at a more local level in the U.S. to combat gun violence.

“I think that there is a problem in having this debate as a national debate,” Streeter, director of domestic policy studies at the American Enterprise Institute, told Hill.TV’s Jamal Simmons on “What America’s Thinking.”

“I think it’s healthy to be having this debate, but when you look at what people support, Republicans as well as Democrats, they support certain common-sense restrictions on things,” he continued.

“Because of our unique situation as a country with a Second Amendment, but also a desire to have some …Read the Rest