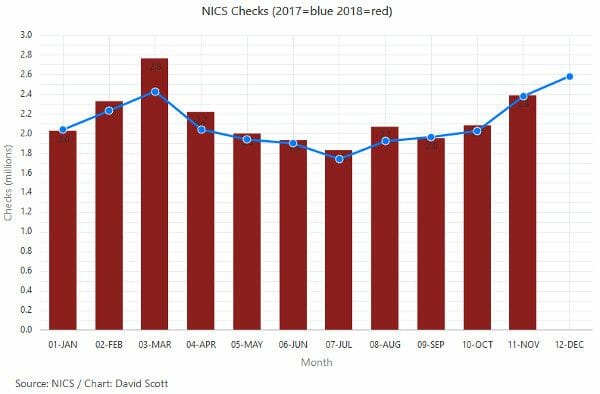 December is usually the highest month for NICS checks. There are only three years where this was not true. Those were 2008, 2013, and 2014.

I expect over 2.5 million NICS checks in December of 2018. The Media are starting to push for more infringements on the Second Amendment from their colleagues in …Read the Rest