“Nobody is Trying to Take Your Guns!” 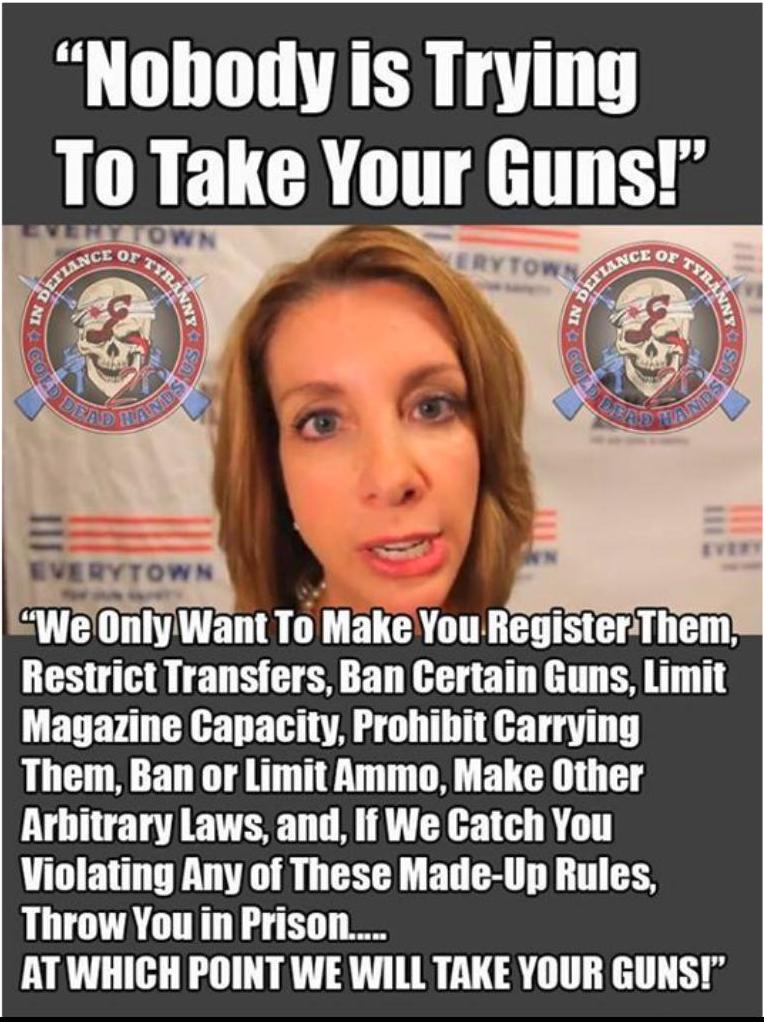 More modern samizdat art from the new media. This poster succinctly portrays the gun grabbers’ strategy of disarmament by a thousand cuts, or incremental confiscation. The strategy worked in England and Wales (and, one could argue, medieval Japan), but it’s not working in the United States. The current approach is to make guns costly and difficult or impossible to use without severe legal impediments. This is supposed to lead to reduced levels of gun ownership. When gun ownership drops to the point where it becomes politically ineffective, then wide scale confiscation becomes possible . . .

Until that point, incremental confiscation is the name of the game. This is done by expanding the classes of people prohibited from owning guns, incrementally increasing the kinds of guns that are prohibited (too big or too small, too effective, or not effective enough, or scary looking), and aggressively confiscating firearms from people when they or their guns become a member of one of the prohibited classes.

But in the United States, the gun culture has vigorously fought back by making guns more utilitarian through concealed carry laws, as well as enactment of castle doctrine and stand your ground laws. Gun confiscation can only be …Read the Rest