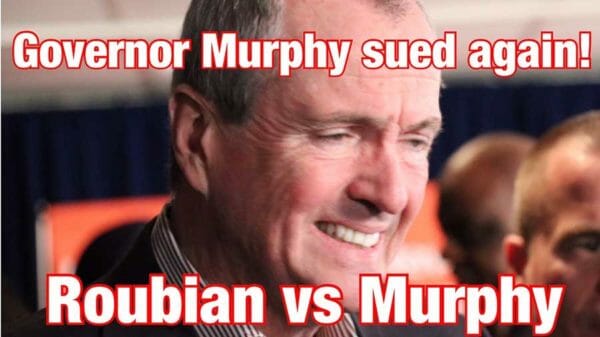 U.S.A. -(AmmoLand.com)- The New Jersey Second Amendment Society (NJ2AS) and Alex “Alejandro” Roubian have formally filed a lawsuit against Governor Murphy on Tuesday, April 28th, 2020. Copies of the complaint and related documents can be found by clicking below:

Order to Show Cause

In the complaint, NJ2AS and Alejandro contend Governor Murphy, unnamed staff, and the New Jersey Press Association have collectively conspired to bar a reporter from accessing press conferences and public information. The complainants further cite that the action is direct and malicious due to the fact NJ2AS filed a lawsuit against Governor Murphy in March and prevailed.

NJ2AS has complied with the New Jersey Press Association’s guidelines to attend press conferences and had attended numerous events with Governor Murphy, and even several during Governor Christie’s administration. When specific questions began to be asked of Governor Murphy during the Covid-19 press conferences, he showed frustration towards reporter Alex “Alejandro” Roubian and implied publicly that he wasn’t a real journalist and had no business attending the conferences. On the …Read the Rest