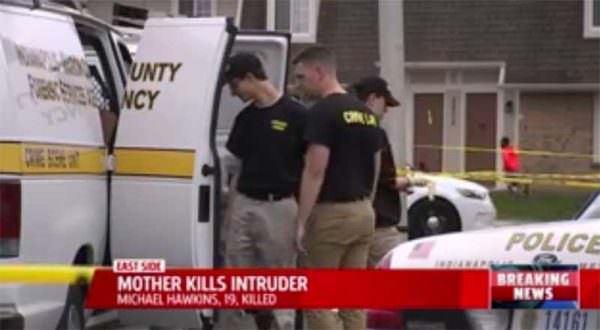 USA –-(Ammoland.com)- FOX News 59 TV reports 06-07-2017 in Indianapolis, Indiana, a mother fatally shot an intruder who was trying to break into her apartment on the city’s east side around 1:10 p.m.

Wednesday afternoon. The incident occurred in the 2800 block of White Knight Boulevard near East 30th Street.

Police report the mother heard someone breaking into her apartment. The resident woman then came face to face with the armed suspect. Fortunately, she had armed herself.

Seeing the armed 19-year-old intruder, she opened fire. Investigators say he died inside the doorway of the apartment after being shot.

Neighbors say while it’s sad the suspect got killed, they don’t blame the mother for using deadly force.

“I hate to see that it happened, but that’s what happens when you go into people’s home trying to take their stuff,” said one neighbor. When she heard the gunshots she saw …Read the Rest