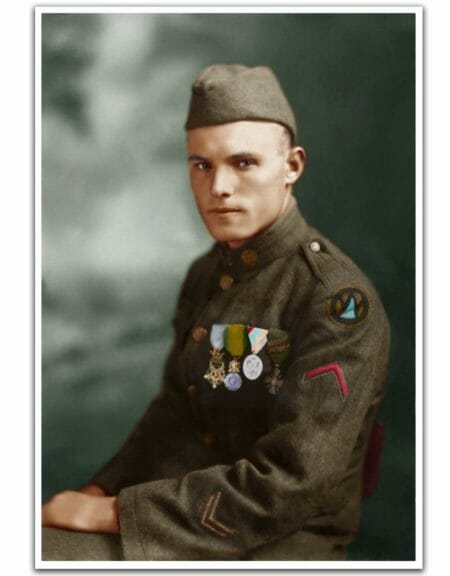 USA – -(AmmoLand.com)- In World War I, “no man’s land” marked the spot between Allied and enemy trenches where cruel and deadly battles often took place. It was called “no man’s land” for a reason — no one wanted to be there. But in October 1918, Army Pfc. Charles Barger and another young soldier braved this wasteland to save two officers. That courage earned them both the Medal of Honor.

Barger’s life was filled with challenges from the start. He was born on June 3, 1894, in Mount Vernon, Missouri, to George and Cora Staffelbach. When he was three, though, his father, who was part of a notorious gang, was sentenced to life in prison, so his mother placed him for adoption. He was raised by Sidney and Phoebe Barger and grew up in Stotts City, Missouri, working as a farmhand.