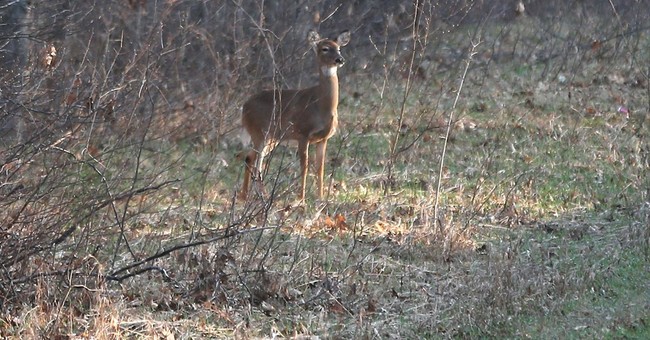 Hunting culture and the gun culture are rather similar, but also rather different. If you were to draw a Venn diagram of the two, there would be a lot of overlap, but there would also be a lot of areas where they don’t meet. For example, a hunter may completely eschew firearms for political reasons, but retain the use of a bow or crossbow. Meanwhile, plenty of people own guns for personal defense but have never traveled into the woods to take any game.

But the overlap is significant, particularly on the hunting side of the equation.

Quartz‘s Oliver Staley is a lot of things, and he knows it. He knows he’s the stereotypical liberal journalist, declaring, “I’m painfully aware of how much I conform to a stereotype of a Northeastern liberal. I’m a journalist. I drive a Subaru. I recycle assiduously. But I also bristle at being pigeon-holed and having my identity determined by my demographics.”

So what did he want to do about it?

Well, he wanted to learn to hunt.

There were other factors behind my desire to start hunting—my eagerness to find a new outdoors challenge; my desire to engage more physically with the world. And if I’m …Read the Rest