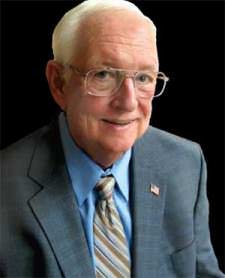 Police said a 47-year-old passenger was threatening the driver and the other 26 passengers with a knife.

He gained access into the secured area of the bus and tried to attack the driver while purposely grabbing the steering wheel. That caused the bus to veer off the highway and crash.

Another passenger confronted the attacker and he then chose to break out a window and jump from the bus apparently trying to escape.

After getting away from the bus, the knife wielder was confronted by a passerby, who was armed with a gun.

Upon seeing the armed citizen’s firearm, the suspect dropped the knife and surrendered. He remained at the scene until law enforcement arrived.