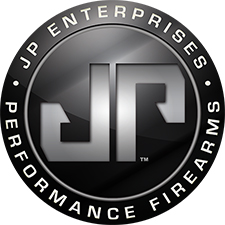 Raton, NM –-(Ammoland.com)- August 13th marked the conclusion of the four-day JP Enterprises Rocky Mountain 3-Gun at the NRA Whittington Center. This year’s match was the 15th year for the RM3G, making it one of the longest-running national 3-Gun event in the United States. Since its inception, JP Enterprises has been proud to serve as the RM3G’s title sponsor.

Organized originally as a continuation of the legendary Soldier of Fortune World Championship 3-Gun, the Rocky Mountain 3-Gun carried the torch from those legendary SOF matches. Two of the RM3G’s original organizers, Eric Miller and Jimmy Holdsworth, went on to produce the JP-sponsored Resurgence 3-Gun last year as a throwback event to classic SOF-style 3-Gun. Current match runners JJ and Denise Johnson celebrated their 10th anniversary organizing the RM3G this year.

Despite the anniversary, this was the first Rocky Mountain 3-Gun that JP Enterprises founder John Paul was not available to shoot due to family commitments. Fortunately, JP staff and shooters were still heavy on the ground with new JP general manager Adam Burt on-hand to deliver a personal message from John Paul to the …Read the Rest