If You Kill A Nurse, You Get A Hearse 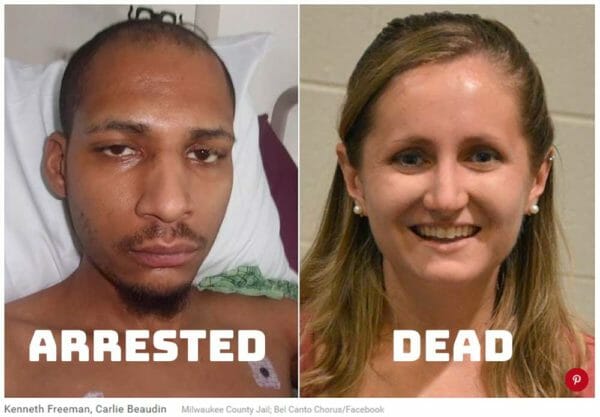 USA – -(AmmoLand.com)- Did you know the State of Wisconsin was the first state in the Union to outlaw capital punishment? In fact, before outlawing the death penalty prior to the Civil War only one person was ever executed in Wisconsin. Even after Jeffrey Dahmer the so called “Milwaukee Monster” tortured, killed and ate his prey of young boys, Wisconsin still did not change their statute.

When you watch those police dramas on TV and in movies, and the gruff old detective threatens the suspected with a “needle” in their arm as punishment for some heinous crime the dirt-bag committed, those who perpetrate evil in Wisconsin are not scared.

I wonder if you did a scrub of any and all electronic devices that Kenneth B. Freeman used in the past six months, would there perhaps be some type of internet gathered background information on capital punishment? You might then wonder if perhaps he knew he was not going to have to forfeit his life for the brutal extinction of Nurse Carlie Beaudin’s life by his hands (allegedly of course.)

For the sake of full disclosure I am married into a four generation family of nurses. …Read the Rest