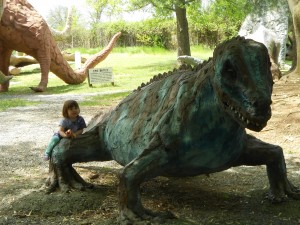 I recently made my way to the cineplex to catch the latest dinosaur film. I don’t think I’m revealing any spoilers when I say it turned out just as expected. Extremely dangerous beasts are poorly contained, they get loose, and scores of innocent people lose their lives.

The few times we see guns being used, they are effective only against the smaller fiends. What type of firearms are deployed against the larger lizards?

According to this website, the hero uses a rifle from gun manufacturer Marlin known as the Model 1895SBL.

As one would guess from the 1895 in the name, the design is pretty close to rifles used back in the cowboy era. The ammunition used is also a throwback, being the .45-70 cartridge that first appeared in 1873. 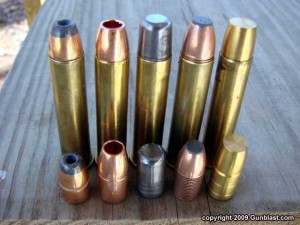 This particular cartridge is robust, powerful, and of a large caliber. It is certainly capable of harvesting any large game found in North America, but I think I would be more comfortable with a gun that has a bit more …read more