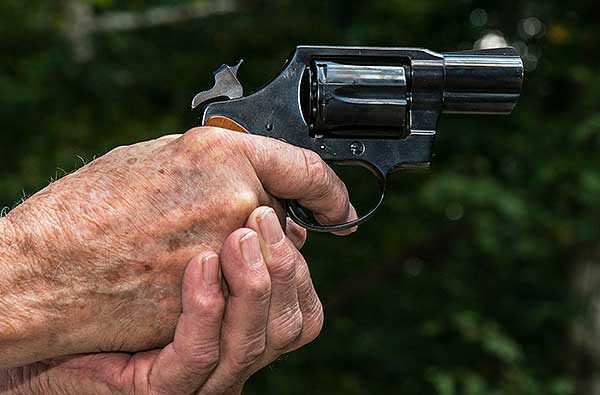 USA –-(Ammoland.com)- The Daily Iberian & KABC TV-3 reported 06-07-2017 in Jeanerette, Louisiana, Police Chief Jeffery Matthews said a suspect broke into a house in the 2000 block of Frisco Street around 2 in the morning on Wednesday.

The 60-year-old female homeowner was watching TV in the living room when she heard a noise. She went to the bedroom and retrieved her gun. Hearing more noise, she went into the kitchen and found the intruder!

The first suspect shot at her and she returned fire, hitting him four times. That suspect fell to the ground and a second intruder kicked the back door open and both fled out the back of the home.

They both fled the scene towards the railroad tracks. A blood trail led police over railroad tracks to a patch of grass where the wounded suspect was laying. He was transported to …Read the Rest