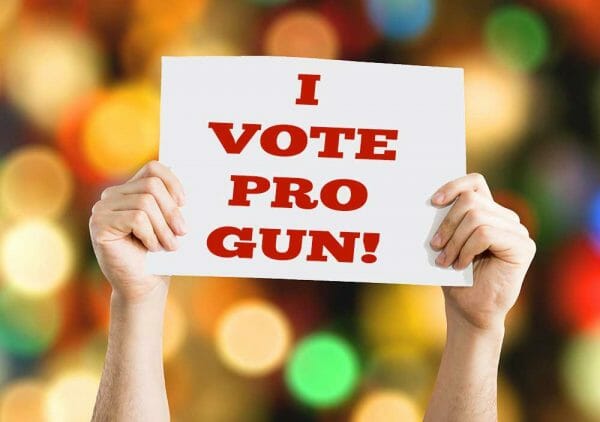 USA – -(AmmoLand.com)- As we pass out of Primary Season here in Arizona and enter General Election Season nationwide, I’m struck by the lack of any sort of cohesive election strategy on the part of the GOP.

While Senate Republicans are focused on confirming Judge Brett Kavanaugh to the Supreme Court, the House Republicans are milling about doing little beyond throwing rocks at each other and the President over accusations of misconduct on the part of a couple of their members, and a pair of unsourced, but sensational portraits of chaos in the West Wing.

Republicans keep following a non-strategy of just reacting to the latest media attacks, and their strategists appear to be as disdainful of their base as the Democrat elites are. They show no signs of having a plan for winning in November, so here’s a suggestion for them. For years I have encouraged state grassroots groups to adopt a double-pronged legislative agenda. The first prong is their Action Agenda – the legislation they really want to get passed – while the second prong is their Political Agenda – legislation that might not be passable, but which …Read the Rest