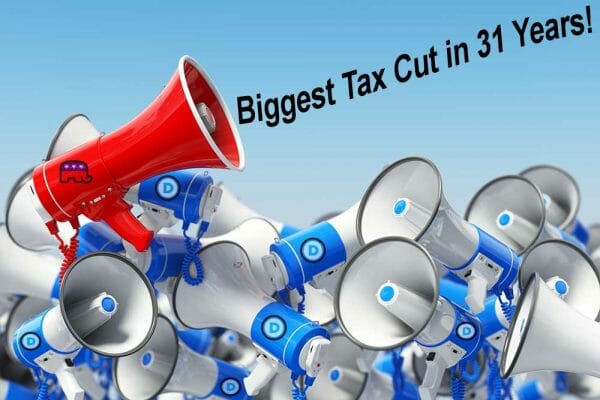 USA – -(Ammoland.com)- Republicans are wrapping up the biggest tax cut bill since 1986.

The elite media has spent weeks attacking, distorting, and undermining the GOP tax cuts. Every Democratic attack, no matter how false or distorted, has been covered extensively. Liberal columnists and analysts have laboriously written and opined on television against the bill.

If a provision cuts taxes for millions of Americans but raises taxes for a few thousand, the elite media skips the winners to focus on the small number of losers.

At the same time, the eight-year underperformance of the Obama Administration in jobs, take-home pay, and economic growth is ignored by the elite media, while the already accelerating economic growth during the first year of the Trump presidency is under-reported or downplayed.

Similarly, there is little coverage of the remarkable jump in small business owner confidence or the equally impressive improvement in corporate CEO optimism.