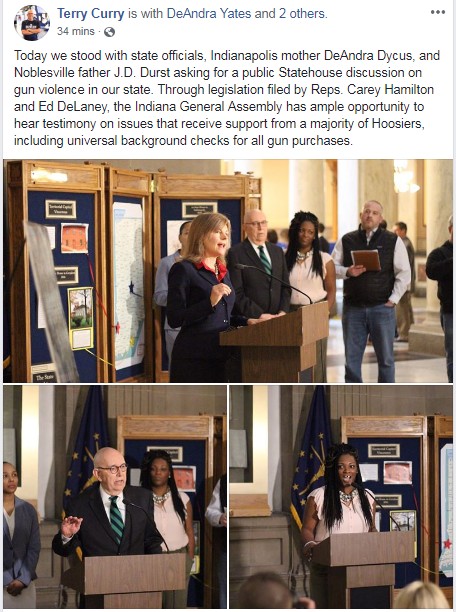 U.S.A. – -(Ammoland.com)- “Deandra Dycus’s 18-year-old son, Dre … was shot in the head by a stray bullet in 2014 where his friends were gathered for a birthday party,” RTV 6 Indianapolis “reported” Monday. “Now, Dycus lobbies for ‘gun-sense legislation,’ as she calls it, on behalf of her son.”

That meaningless term is not her neologism. It’s straight out of Michael Bloomberg’s Everytown and Moms Demand Action, and they’ve managed to turn it into a meme that garners hundreds of thousands of hits off of the Google algorithm. You’d think the “professional journalists” at RTV 6 would know that.

So what kind of “common sense gun legislation” would make “gun sense” in this case?

The “report” leads off with “House …Read the Rest