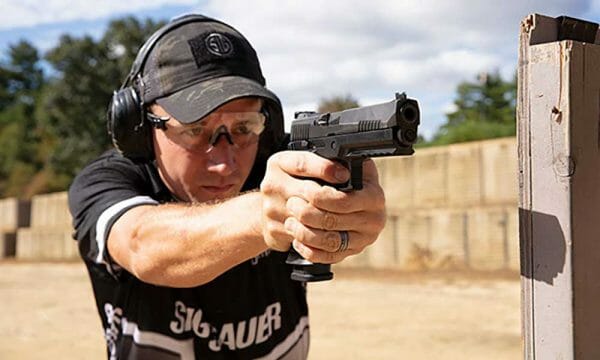 “We are thrilled to see Daniel win his first match as a member of Team SIG, and to do it at Fort Benning where he spent his military career as the captain, and member, of the U.S. Army Marksmanship Unit is very fitting,” said Tom Taylor Chief Marketing Officer and Executive Vice President, Commercial Sales, SIG SAUER, Inc. “Given that this was the first time Daniel had used his SIG equipment in competition it really demonstrates his impressive skill, and we look forward to watching his career as a professional shooter and member of Team SIG unfold.”

To claim his first match win at the 2018 SIG SAUER Fort Benning Multi-Gun Challenge Horner competed through 12 stages, against 247 competitors, shooting a total of 547 rounds …Read the Rest