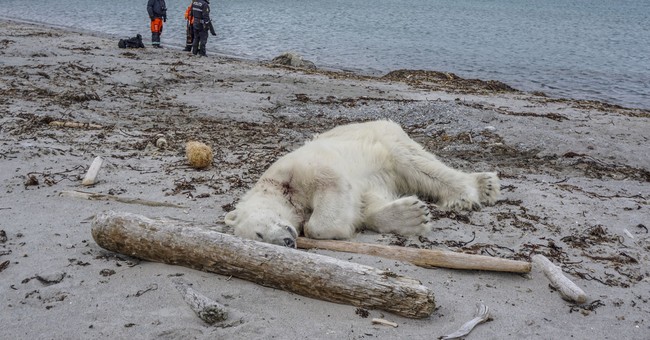 I love wildlife and, as a general rule, I support limitations on the killing of endangered animals. I don’t like the idea of any species going extinct, especially if we can prevent it. While I’m not someone who believes mankind is responsible for all of it, I do think we’ve played a role in some examples of species disappearing forever.

However, no matter what the animal is, if it hurts or threatens human life, I believe it needs to be put down forthwith.

Hapag-Lloyd Cruises said its ship was docked at Spitsbergen, the largest island on Norway’s Svalbard archipelago, on Saturday when the bear attacked a guard hired to go on shore before passengers to ensure there aren’t any polar bears in the area.

The guard suffered non-life-threatening head injuries and was airlifted out, Hapag-Lloyd Cruises said in a statement on Facebook.

“The incident occurred when the four-person polar bear guard team, who are always on board for these expedition cruises as required by law, …Read the Rest