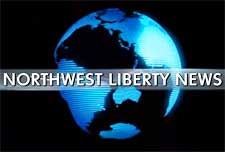 Texas – -(AmmoLand.com)- Stewart Rhodes, founder of Oath Keepers, joins me with two special guests; one a retired border agent and another a retired Marine living on the Southern Border of Texas.

As multiple caravans march towards the Southern Border of the United States, our government is one week away from, once again, shutting down over the issue of building a wall on that same Southern border to stop the aforementioned caravans from flooding into the U.S. The entire matter has proven to be quite a sideshow and quite a distraction.

Stewart Rhodes is the founder and president of Oath Keepers, which affords him access to a great group of loyal, America-loving patriots. Two such patriots joined Stewart and I on NorthWest Liberty News to discuss the crisis on our Southern border. Both men are highly qualified to make such assessments, as one is a retired border agent and one is a retired Marine who lives on the TexasMexico border.

As you will hear during the course of the interview, nothing happens down south without the express consent of the Mexican drug cartels; who still control wide …Read the Rest