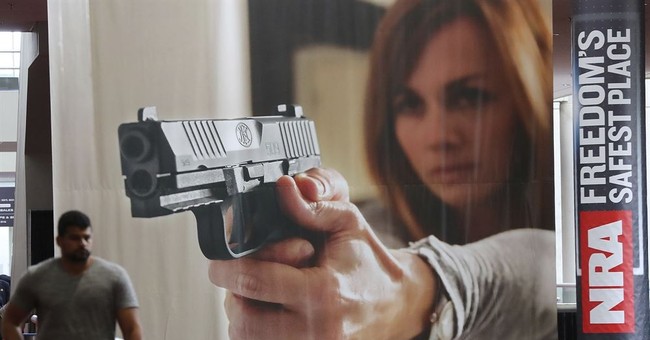 The NRA’s Carry Guard insurance is the kind of product that every gun owner should have. It’s insurance that can protect you if you’re involved in a shooting and need legal representation, among other possibilities.

And haven’t gun control advocates been saying gun owners should have insurance?

California has ordered the National Rifle Association to stop selling an insurance policy that covers legal costs for injury or damage from legally using a gun.

The state Department of Insurance on Tuesday issued a cease and desist order saying that the NRA sold an unlicensed insurance product in the state. The order carries a potential fine of $5,000 a day for violations.

About 2,400 Californians are policyholders, which gun control advocates have labeled “murder insurance.”

The National Rifle Association says it believes it did nothing wrong. NRA legal counsel William Brewer II says the organization relied on assurances from the insurance broker, Lockton Cos., that the program met California regulations.

In fairness, I see why the NRA would argue that. It’s not an insurance company, so it deferred …Read the Rest