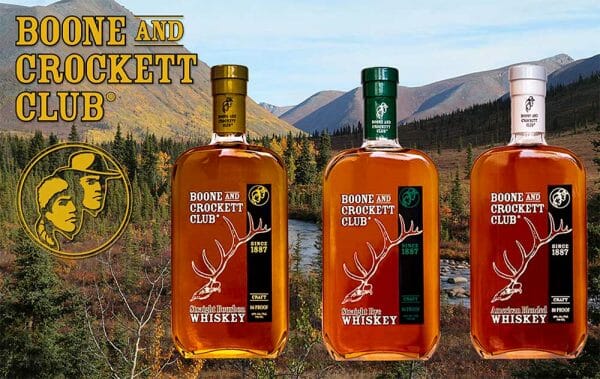 “Tradition comes with age,” said Ben B. Hollingsworth Jr., president of the Boone and Crockett Club.

“American-made spirits and an outdoor lifestyle are both traditions closely tied to one another. The social aspects of hunting and fishing are very strong. Sharing the day around a fire back at camp after time spent in the field or on the water make the memories complete. After 131 years, we’re proud to now offer a label that speaks for the North American sportsmen and these traditions.”

The Boone and Crockett Club was founded in 1887 by Theodore Roosevelt. Roosevelt assembled a group of fellow sportsmen to become the first organization to promote the conservation of wildlife on a national scale. He named this new coalition of sportsmen after the hunter-heroes of his day, Daniel Boone and Davy Crockett.

“Our strategic partnership with Boone …Read the Rest