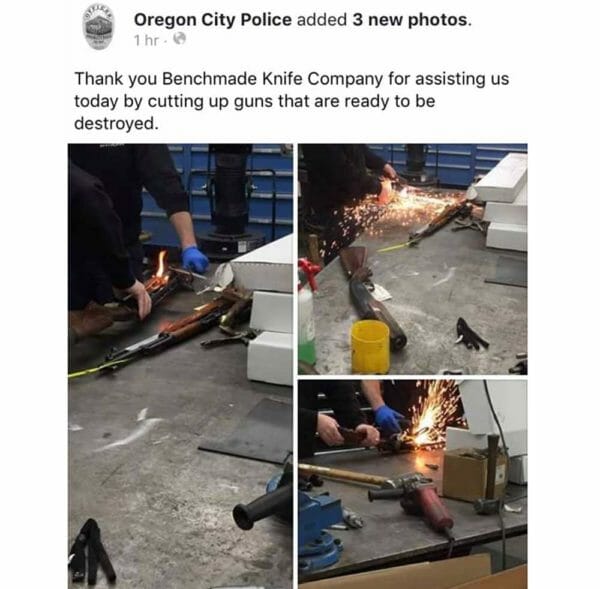 Opinion by Jim Sherpard, This Op-Ed first appeared at the Shootingwire.com.

On Wednesday, someone in the Oregon City PD posted what appears to have been intended as a “thank you” to Benchmade for helping them with a disposal problem. But Benchmade’s supporting their local cops has turned into a far larger problem – for both – than either anticipated.

That’s because what Benchmade helped the OCPD “dispose “ of was – you guessed it- guns.

And Oregon City PD’s posting of photos of Benchmade folks cutting up guns kicked off one of those “instant firestorms” across social media. It’s a firestorm that doesn’t appear to be slowing.

Late Wednesday evening, my phone was “blown up” by people speculating, ranting, and positing on the whole thing. When last I checked, the Oregon …Read the Rest