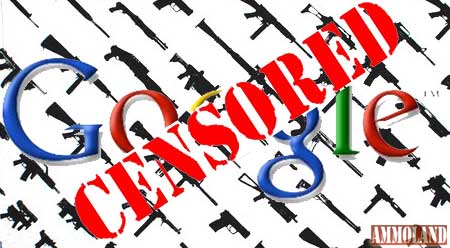 USA – -(AmmoLand.com)- Anyone who watches videos on YouTube is well aware that the video hosting service, owned by Google, has been slowly choking off channels and content providers who don’t comport with the Google leadership’s leftist worldview.

It started a few years ago when “traditional media” – particularly newspapers – began going after some of YouTube’s biggest stars by publicizing their incomes, and highlighting examples of them presenting off-color and potentially racist content, with major advertisers like Coca-Cola appearing as the content’s sponsor.

What this actually boiled down to was “traditional media” trying to recapture some of those advertising dollars by scaring the advertisers away from the new frontier of unregulated content.

It worked, to a degree. Major sponsors, who were actually sponsoring the platform, not specific content, backed away, costing Google hundreds of millions of dollars, just as the platform was moving into a position of profitability. Instead of standing by their policy of offering an open hosting service with few restrictions on content, and offering their advertisers ways to more selectively tailor their ad placement, Google blocked and “demonetized” wide swaths of channels that they deemed “inappropriate” for commercial sponsorship – including most channels with …Read the Rest