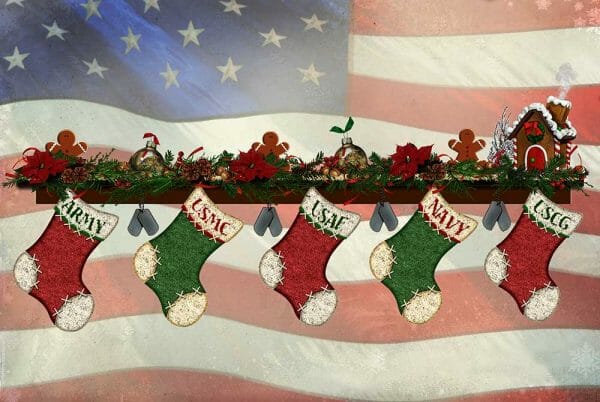 Wisconsin –-(Ammoland.com)- Dad was in the Navy, during Christmas we were seldom back home. We spent our holidays in different states, sometimes rather alone. We spent Christmas over seas in a number of foreign lands. Christmas was never conducted according to a civilian plan.

No going over to Grandma’s house, to eat a Christmas meal. In 20 years we got there twice, that was a major deal. We would drive a thousand miles, to be there Christmas Eve. Days later it was time to go, dad was out of military leave.

We would drive all night to get back, to the Naval base. This ended yet another, cross-country Christmas race. Finish our favorite holiday food, crackers with cheese dip, Dad would drive out to the pier, to sign back-in to the ship.

We all loved going onboard ship for a holiday meal. My sisters ate all the shrimp that they could peel. I would talk to the mess-cooks standing in the chow line. Dependent meals on shipboard were always a magical time.

During my Air Force career I got home for Christmas only a time or two, But my Air Force spouse made a …Read the Rest