Will the Marlin 39A Be brought Back to Production? 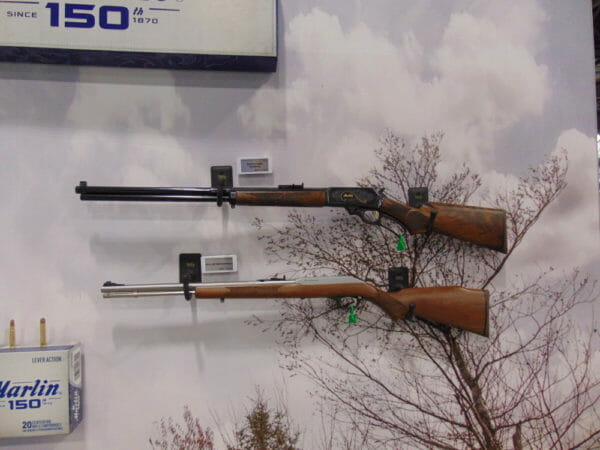 U.S.A. –-(Ammoland.com)- The claim has been made that the Marlin 39A has been in continuous production the longest of any rifle in existence. The rifle has been in production, in one form or another, since 1891. The model 39A appellation was given in 1939, according to a display at the Remington/Marlin exhibit at the SHOT Show in January 2020.

My attention was attracted to a display celebrating 150 years of Marlin firearms production. On the display were a Marlin model 60 and a Marlin .444 lever gun. Both are iconic Marlin firearms.

It seemed strange there was no Marlin 39A. The Marlin 39A has a cult following. They are an iconic rifle. They have excellent triggers, they are known for accuracy, a smooth action, and durability.

They have not been listed in the Marlin catalog for several years. The only Marlin 39A on display at the Remington/Marlin booth was a historical display, reminding everyone the rifle first was manufactured in 1891.