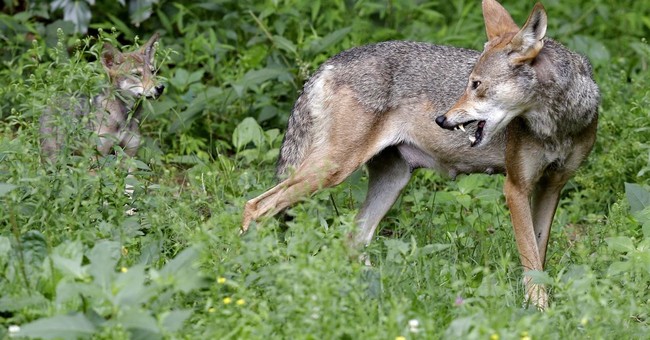 Wolves are an important part of the ecosystem in many states. As predators, they work to keep prey animal populations down, and that is an important role. Humans can only hunt so many elk, deer, and moose in a year, after all. Natural predation is a much better method since wolves have all day to be predators while humans can only do it when it’s convenient.

That said, wolves aren’t so important to any ecosystem, in my opinion, that you should risk human life over the lives of a few wolves. However, that’s precisely what Washington wildlife officials did recently.

On 12 July, 2018, a salmon researcher was treed by a pack of wolves in a Washington state wilderness area. She tried pepper spray and yelling, but the pack surrounded her and she climbed a tree. She later climbed down, only to find the wolves still there. She scrambled back up the tree and called for rescue, about 12:30 p.m. From capitalpress.com:

Washington wildlife managers initially opposed sending a helicopter or a search-and-rescue team to save a woman treed by wolves in the Okanogan-Wenatchee National Forest, according to recordings and summaries of emergency calls obtained Tuesday.

The Department …Read the Rest