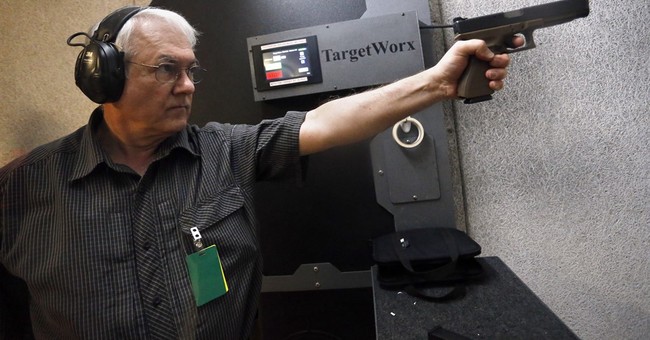 The media was all abuzz last week over the news that gun deaths were up this year to the highest point they’d been since 1999. This follows the better part of a year-long full-court press for gun control by the supposedly unbiased mainstream media.

It’s clear to anyone who doesn’t have their head buried in the sand that they’re trying to begin battlespace prep for the gun control fight in the House coming after the first of the year.

There’s just one problem with that statistic they were so thrilled to see. It’s horribly misleading.

If you’re thinking of venturing outside your home today, the news may change your mind. “Gun deaths in US reach highest level in nearly 40 years, CDC data reveal,” blared Thursday’s headline on CNN.com. A press release from Everytown for Gun Safety noted that “39,773 people were killed by gun violence in 2017 — approximately 1,100 more than were killed by motor vehicle accidents.”

The picture these announcements evoke is of mass shootings and random gun crimes that pose a mortal danger to every American. But that image is not quite accurate. The number of homicides actually declined last year — and is …Read the Rest