Who Should Be The Next Executive Vice President of the NRA? 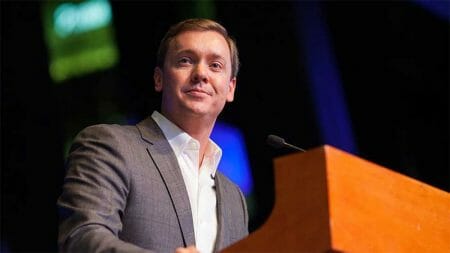 Opinion
Editors Note: To be clear AmmoLand News has no knowledge that Wayne Lapierre is about to leave his position as NRA EVP and none of the individuals mentioned in this article have been consulted or expressed any interest in being the next NRA EVP. This series of articles is just a candid discussion of the cold reality that one day we will have a change in leadership.

Chris Cox, the executive director of the NRA-ILA. (Photo: NRA)

That would make the current NRA-ILA Executive Director, Chris Cox he logical front-runner to be the new Executive Vice President. Cox has been in that post for over a decade and has presided over the organization as it has worked to advance pro-Second Amendment legislation in that time. Cox is also well respected by his staff and co workers on the NRA-ILA team.

If picked this would mean the NRA would have to choose a new head of NRA-ILA. That is the subject for another article.