What We Know About Middleton, WI Shooting Yesterday 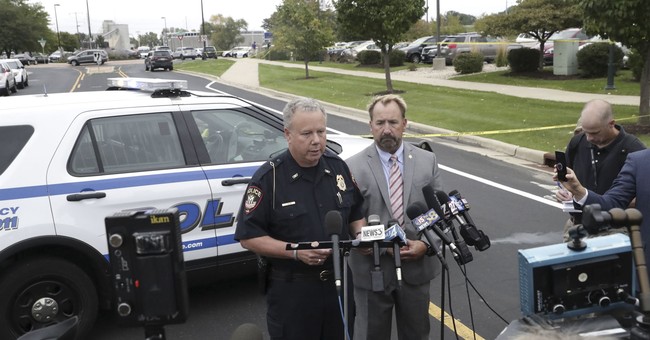 In what even I have to agree feels like an all too common occurrence, yesterday’s news was marred by yet another mass shooting. This time, Middleton, Wisconsin was the site.

There, four people were injured, one critically, when a gunman opened fire at the offices of WTS Paradigm, a business software company.

Middleton Police Chief Charles Foulke said police received calls of a shooting at 10:25 a.m. (11:25 a.m. ET) at a complex housing several businesses. The shooting occurred in the offices of WTS Paradigm, a business products software company, where “officers engaged the suspect, and he was shot by officers,” Foulke said.

University of Wisconsin Medical Center in Madison said that one patient was critically wounded and that two others were in serious condition. A fourth person was grazed by a bullet and suffered minor injuries, police said.

The gunman was “heavily armed, with a lot of extra ammunition,” Foulke said. Two Middleton police officers and two Dane County sheriff’s deputies shot the man, who later died at a hospital, he said.

Foulke said it was clear that the officers “prevented a lot more bloodshed from happening.”

A good guy with a gun stopped the attack. Imagine that.

Of course, most anti-gunners will …Read the Rest