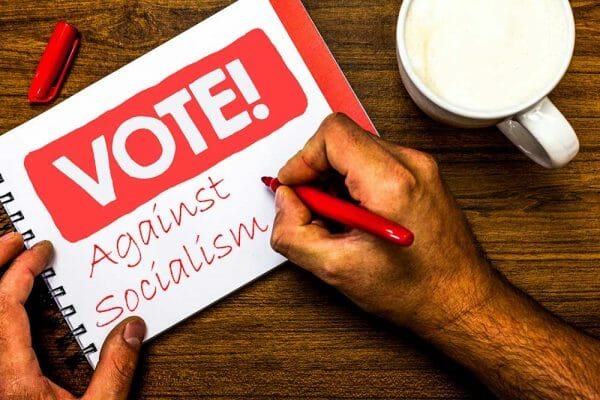 Ft Collins, CO –-(Ammoland.com)- “There is no difference between Communism and socialism, except in the means of achieving the same end:

It is merely the difference between murder, and suicide!” ~ Ayn Rand

The “Socialist Utopia” of Denmark!

In the Democrat “debate” this week in Nevada, Bernie Sanders used Denmark as a shining example of “successful socialism,” and the model he wants to use for the USA.

He calls it “Democratic Socialism” and cynically denies its umbilical cord to Communism.

Yet, in Denmark taxes are the highest in Europe.

“Free” higher education there is poor, by any standard.

“Free” healthcare is extremely poor. Deaths from cancer are much higher than in America, and Danes in general have a lower life expectancy than Americans.

Danes still burn much coal, and they drive cars!

Both private and public debt among Danes is extremely high.

Danish work ethic is poor. There is a critical skills shortage. Productivity is the poorest in Europe.

Consumption of anti-depression drugs in Denmark is exceedingly high.

With oil revenues dwindling, Danes are poor, and getting poorer! Most Danes are on some form of public welfare.