What Are Pocket Pistols? 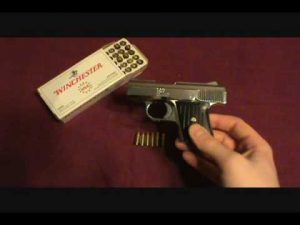 The answer to the question posted above is rather simple. Pocket pistols are handguns that are small enough to be carried around in your pocket.

The quest for small handguns that were easy to conceal has been around for centuries. The first successful design that was cheap enough for purchase by someone of average income has to be the Deringer, otherwise known as the derringer.

Extremely short barrel, extremely small grip, extremely short range, but still chambered for an effective caliber. You might only be able to hit a violent criminal attacker if they are within leaping distance, but you had a good chance of putting them down if your aim was true.

It is the large caliber that distinguished the original Deringers, as most pocket pistols were chambered for teensy little calibers that were less than potent. When revolvers became popular, manufacturers were still offering firearms chambered for small and underpowered calibers in an effort to keep the guns small and light enough to be unobtrusively carried everywhere. One sterling example is the Velo Dog revolver. 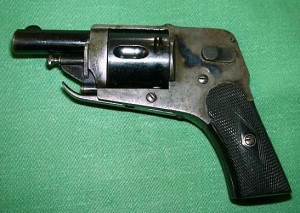