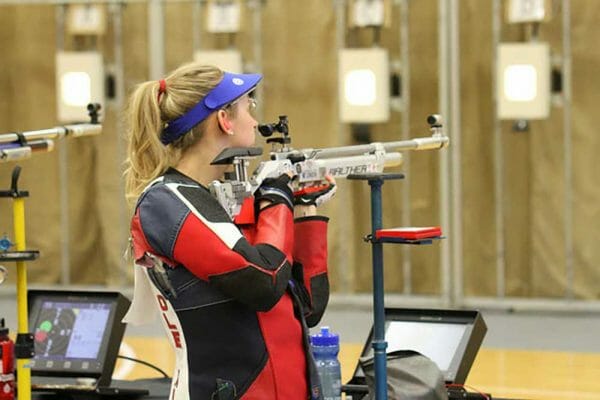 COLORADO SPRINGS, Colorado –-(Ammoland.com)- Three days of intense airgun competition concluded with mixed team events Sunday at the Olympic Training Center in Colorado Springs, Colorado. With 600 days remaining until the Opening Ceremony of the 2020 Olympic Games, it was Alison Weisz and Alexis Lagan proving they’re ready for their Olympic run with top overall performances at the 2018 Winter Airgun Championships.

Nearly 500 athletes from across the United States made their annual pilgrimage to compete in the largest Winter Airgun Championships (WAG) in history. WAG has become an annual tradition for American Air Rifle/Air Pistol athletes every December as the ranges expand throughout the Olympic Training Center campus to include portable targets in gymnasiums to accommodate as many of the competitors as possible. Friday and Saturday included separate Qualifications, with Finals for Open and Junior athletes each day. Things ended Sunday with mixed team competition (one man, one woman per team) in rifle and pistol open and junior divisions.

Top-three finishers, when combining two separate qualification scores and a final, earned their ticket to the 2019 World Cup in New Delhi, India.