WATCH: Real-Life Heroes Play Themselves in ‘The 15:17 to Paris’ Trailer 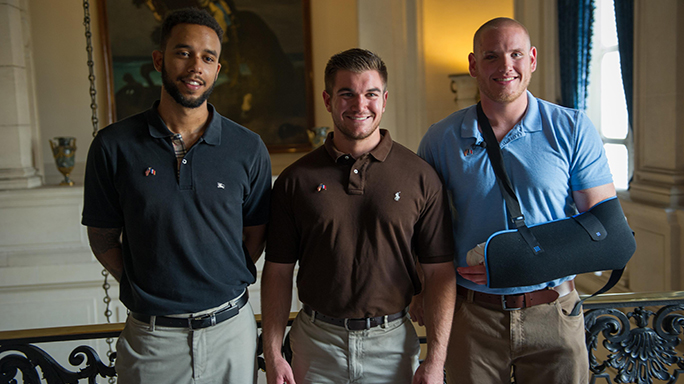 Iconic actor, director and certified badass Clint Eastwood is certainly no stranger to releasing movies depicting true stories of heroism—think “Flags of Our Fathers,” “Letters from Iwo Jima” and “American Sniper”—but in an interesting twist, his upcoming film “The 15:17 to Paris” sees the actual good guys portraying themselves on screen.

“The 15:17 to Paris” tells the story of the August 2015 Thalys train attack, in which a man armed with an AK-style rifle, a Luger pistol and a bottle of petrol boarded a train traveling from Amsterdam to Paris and started shooting. Fortunately, he was brought down by three men: Anthony Sadler, Oregon National Guardsman Alek Skarlatos, and U.S. Air Force Airman First Class Spencer Stone, all of whom get starring roles in the film.

Watch the trailer above, and read the official synopsis below.

In the early evening of August 21, 2015, the world watched in stunned silence as the media reported a thwarted terrorist attack on Thalys train #9364 bound for Paris—an attempt prevented by three courageous young Americans travelling through Europe. The film follows the course …Read the Rest