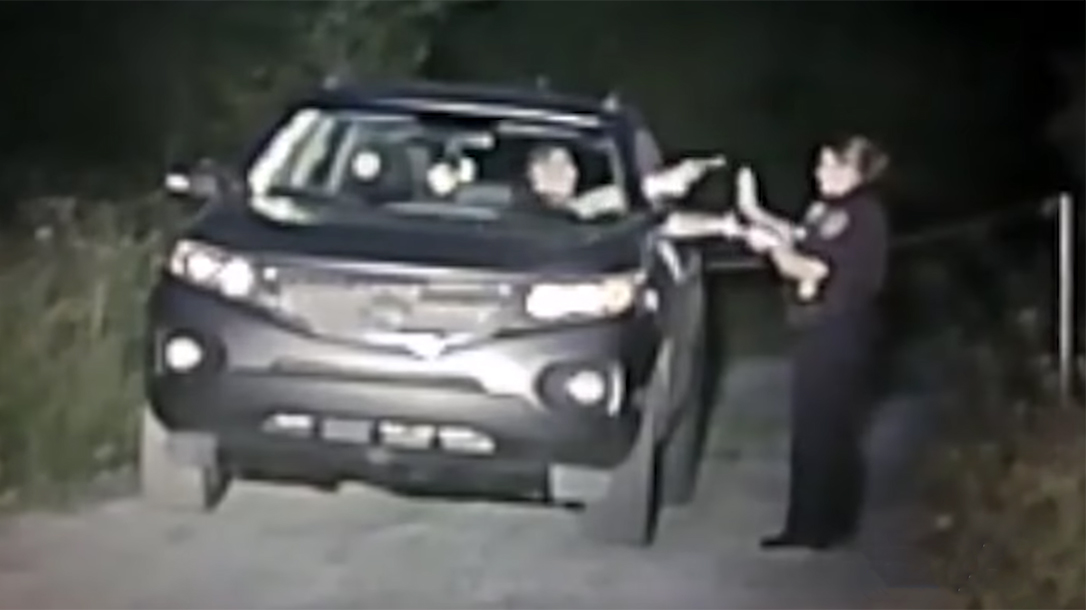 On Wednesday, January 23, Naperville Police shot and apprehended a man who pointed his gun at a responding officer. The suspect remains alive and in stable condition. Department dash cam footage shows the incident unfold entirely as officers respond to a tough situation in Illinois.

The scene began when Naperville Police responded to a commercial strip mall in the town approximately 30 miles west of Chicago. There, a 27-year-old drew attention for suspicious activity. Moreover, when officers arrived on the scene, the man held a gun to his head in the parking lot.

Footage clearly shows a man holding a gun to his head as officers first arrive on the scene. Footage also makes it clear that officers attempted repeatedly to get the man to drop the weapon. Multiple voices shout “Drop the gun, drop the gun,” and “talk to me.” However the suspect failed to comply to any of the officers’ requests.

Instead, after a few minutes of standoff, the man abruptly takes the handgun away from his head, advancing and aiming at an officer. That’s when law enforcement …Read the Rest