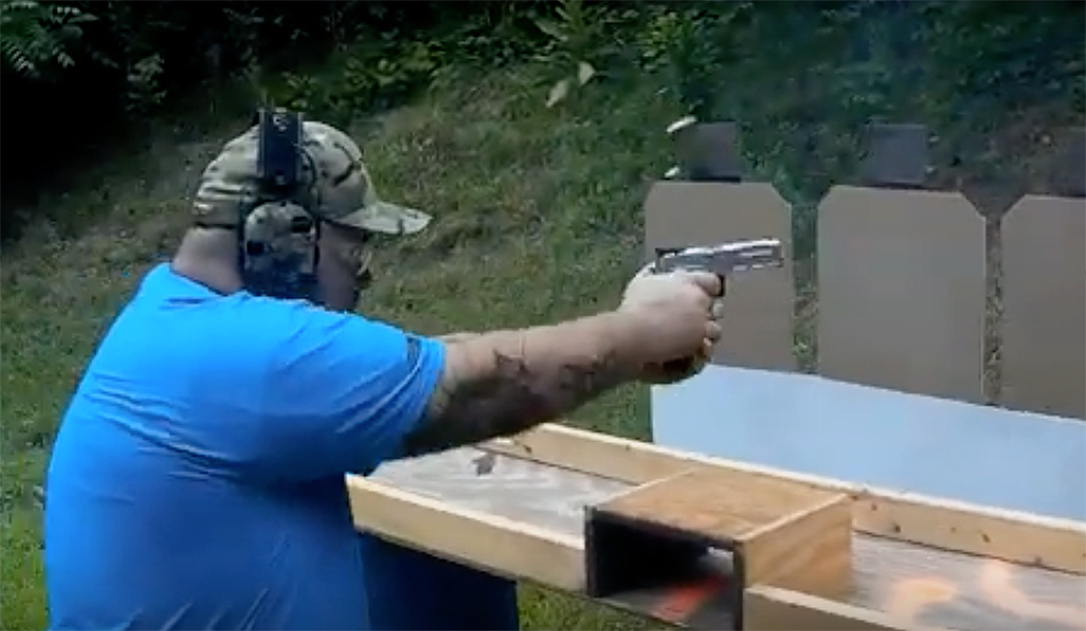 A video reportedly out of Israel shows just how quickly a day at the range can turn potentially lethal. A man on the firing line makes ready, then inexplicably shooting himself in the leg. Closed circuit footage captures the scary turn of events, reportedly from an indoor range in the city of Ramla.

At first glance, it looks like a perfectly normal, safe day on this indoor range. It appears a range officer walks the line, fully in control to the movements and sequence of events. Footage shows this presumed safety officer visibly inspect handguns as shooters draw and make ready.

Then the second shooter from the left simply goes off script, making a serious mistake, one that truly should have been prevented. After drawing his pistol and making ready, he makes what is likely a reactionary movement. He pulls his pants up. On one hand, you can probably understand the impulse. You’re about to doing something active, something serious. You’re getting your mental game on point. Then you feel your pants sagging down, the weight of the gun belt …Read the Rest