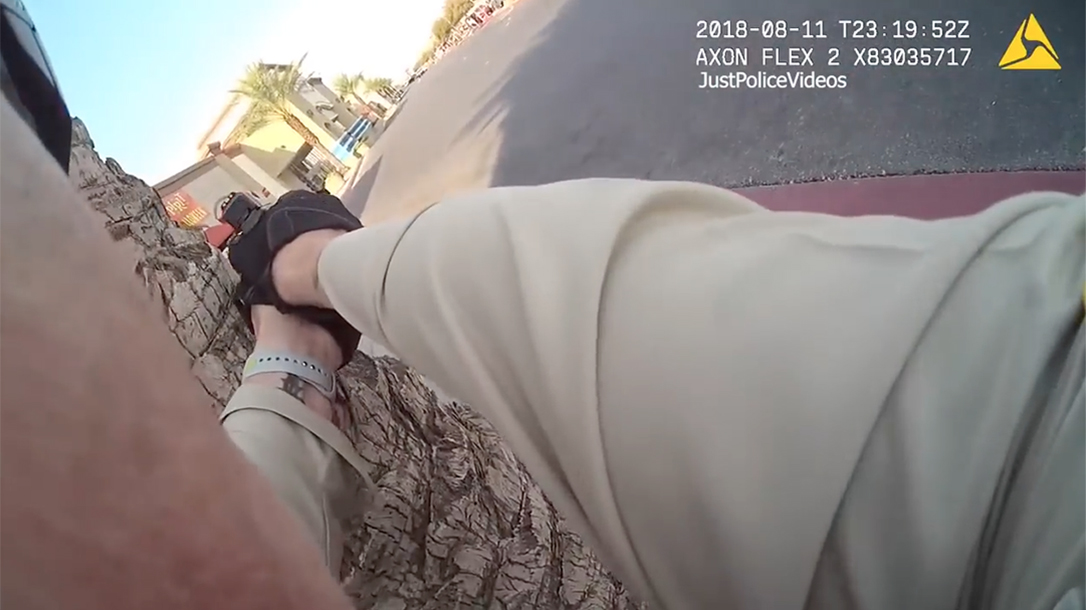 A Las Vegas stabbing suspect was shot after running from police with a knife still in his hand.

The Las Vegas Metropolitan Police Department (LVMPD) reports that at around 12:48 p.m. on Aug. 24, patrol officers got a call that a man later identified as 38-year-old Caleb Hill, had randomly stabbed a woman on a bus multiple times.

The stabbing victim was able to get off the bus and run for help. Hill also got off the bus, however, at which point he allegedly proceeded to grab another woman walking on the sidewalk. He then reportedly placed his arm around the woman’s neck and started to stab her. That woman managed to escape Hill’s clutches and flee the scene.

Multiple LVMPD officers arrived shortly thereafter, including Officer Keith Hannof and Officer Beaumont Hopson. When Hill saw them, he started to walk away.

Both Hannof and Hopson ordered Hill to stop and drop the knife multiple times, but he continued to move away from them. Hanoff discharged a Taser, but it proved ineffective.