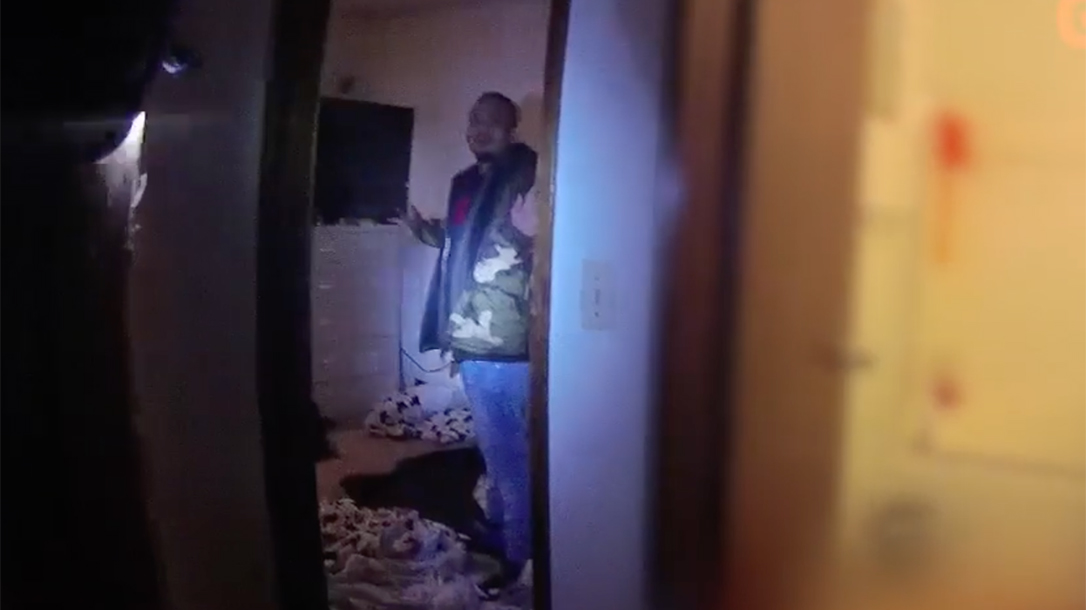 The incident began when LAPD officers responded to a radio call of a screaming woman. Then 18-year-old Rony Parras-Mendez answered the door naked and carrying a massive 9-inch kitchen knife, according to a report by the LAPD.

Footage shows Parras-Mendez clumsily drop the knife. At this point, the video shows officers give several commands, including “Let me see your hands,” repeatedly. However, the suspect instead bends down and picks up the weapon once more. He then immediately, inexplicably, charges one of the officers.

The video also shows officers respond, shooting and putting down the suspect. First responders pronounced the suspect dead at the scene.

Parras-Mendez physically assaulted an adult male who lives at the apartment complex prior to the arrival of LAPD, according to the report. Authorities transported the victim to a local hospital for medical treatment. Meanwhile, all officers involved avoided injury …Read the Rest